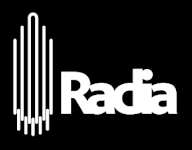 This is radio show # 190 of season 18 of the Radia weekly comissioned radio art programs. It was submited by Soundart.

Read about Radia on wikipedia.

Black Water Brown Water is an evolving sound piece, originally commissioned
as a sound walk for the Stourport canal basins in Worcestershire, UK. The
basins form an intersection between the Staffordshire and Worcestershire
canal and the river Severn and the piece is really about the relationship
between these two water systems.

My 'way in¹ was the experience of standing on a lock-gate that separates the
canal and the river and on one side there was this chaotic, gushing, brown
water and on the other, the water was controlled, black and serene. Black
Water Brown Water. The piece is based on an imagined dialogue between the
great canal engineer James Brindley and Sabrina, Goddess of the river Severn
- but in a way it is a dialogue between the two water systems themselves
with these two characters giving voice to the myths that represent them.
The language of the work draws heavily on John Milton¹s Comus and to a
lesser extent Michael Drayton¹s Poly Olbion, both of which make reference to
Sabrina. Additionally, I¹ve taken a lot from the biography of James
Brindley - both real and imagined.

In the original walk, visitors pick up an mp3 player and listen to the piece
on a small, man-made island that sits between these water systems. This
version though has been re-edited specifically for RADIA.

In Black Water Brown Water, the readers were John Hall as James Brindley and
Ella Turk-Richards as Sabrina.

Black Water Brown Water was created by David Prior for liminal and this
radio mix comes from Sound Art Radio, Dartington.

For more information on liminal, please go to www.liminal.org.uk